I have a background in Administration and most recently spent 15 years as a PA for the directors of an IT Company. Since having children, I know it sounds like a cliché (!), I decided that I wanted to do something rewarding and that would ‘give something back’.  I feel that the Friendship Project is exactly that, and I am very lucky to work for such a wonderful charity and to see first hand the difference that it can make to a child’s life.

I live in North Warwickshire and have had a variety of roles including Emergency Control Room for the Fire Service, teaching Firefighters to drive the Fire Engines to emergencies, teaching English overseas in China and have been an Estate Agent!  More recently I have trained as a therapeutic counsellor and worked in different charities covering quite a lot of areas, including Sexual Abuse and Domestic Violence.  I also have a small private practice and do some administrative work for another Charity in Coventry.  So quite a busy work life, I feel that the work with the Friendship Project is a very valuable service and something close to my heart.  I am a single parent and feel that there is a lot of stigma around parenting, so when I am not working I enjoy nothing better than spending time with my daughter.  We share a passion of horses and her dream is to one day ride in the Olympics.  Well, as that fabulous film ‘The Greatest Showman’ tells us, ’cause every night I lie in bed, the brightest colours fill my head, a million dreams are keeping me awake, I think of what the world could be, a vision of the one I see, a million dreams is all its gonna take, a million dreams for the world we’re gonna make’.

I have been with the Friendship Project since early 2009, firstly as an Older Friend and then in 2010 was privileged to be asked to be the CRB and Briefing Officer for North Warwickshire. I was a Team Leader for 15 years with Barclays Bank and gained vast experience in dealing with people and customers. I am now retired and divorced with two children and one grandson, (who has the ability to run aimlessly with grandma in tow)! I have gained enormously from being an Older Friend. I can now order a meal at McDonalds without asking for a menu and my driving is improving as my younger friend constantly reminds me that amber on traffic lights means I have to be prepared to stop! The experience has been so rewarding on a personal level and my younger friend has grown in confidence as she has experienced so many different things. As Briefing Officer, my role entails visiting people in their homes and discussing with the potential volunteer their expectations and also assessing their suitability for the role. The Friendship Project is a very worthwhile charity, with children being at the centre of everything that they do. Many people working voluntarily giving their own time for the benefit of a child, who for whatever reason, is not able to experience what most of us take for granted. 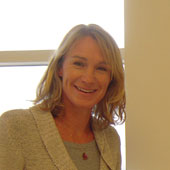 I started off working life as a Caterer which gave me a great opportunity to travel and see the world. After completing an HND in Hotel and Catering Management, I worked at Harrods as an Assistant Manager and moved around their 16 restaurants. I then spent a year using some of my secretarial training at the Lawn Tennis Association, rubbing shoulders with the likes of Tim and Greg! I moved to Leamington 15 years ago and have three children. While they were growing up, I specialised in making celebration cakes. I now coach at Leamington Lawn Tennis club, which has given me some valuable experience in dealing with a broad spectrum of children. I am really looking forward to my new role as Area Co-ordinator and hope that I will be able to contribute to putting a smile on these children’s faces. 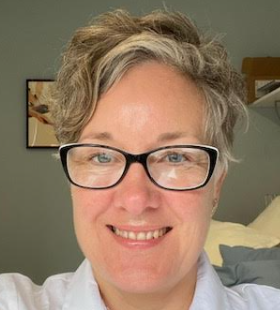 Previously to joining the Friendship Project, I travelled in Europe, the US, Asia and Australia, worked in Marketing Management and moved to the Midlands from the South.  My experience of working at a local primary school for 10 years has helped immensely in my new role. This work included working with disadvantaged children, parents, carers and professional services. I also run my own counselling private practice. 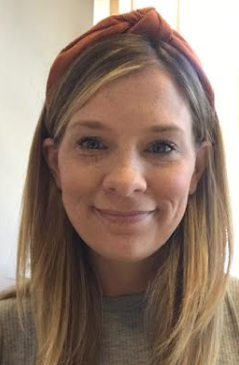 Sarah lives in Rugby, and has worked hands on with children with challenges including ADHD and autism whilst with Summer Camps in USA. She was a Camp Counsellor/Lifeguard there, and has also been a swimming teacher and gym instructor where she received both safeguarding and first aid training. Additionally, Sarah has worked in administration roles in a sales environment, and for the 2 years prior to joining The Friendship Project, as marketing assistant. Sarah has an active skill set in social media and is very enthusiastic to work and be involved with a charity helping children in need locally.

Ruth’s professional background has been in both customer-facing and sales delivery in various sectors including exports, retail, and legal profession.  Additionally, she has had multi-site management responsibility, and more recently office manager of a small charity. Her strengths are building and sustaining relationships.   Ruth is a volunteer fundraiser with Cancer Research UK, PTA member, and has been a regular volunteer supporting literacy in a local school too.  She has lived in Kenilworth since 2014, having moved from Bristol, and is married with two daughters at school.  She enjoys cooking, walking, swimming, and camping – though the latter only when the weather is good! 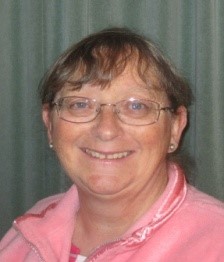 I was born in Leamington and trained as a nurse. Once I was married, we moved away and lived in lots of different places due to my husband’s work. I returned to nursing after a 10 year break and worked as a hospice nurse. We retired to Warwick in 2007. I started working for the Friendship Project in 2008, initially as Co-ordinator for Stratford and Southam and then for the whole of South Warwickshire. I then switched to be DBS Manager until October 2019 and Chair of Operations Team until December 2019. I have two daughters and six grandchildren.

John Hancock has been connected with the Project since 1990. He became Chair in 2004 following his retirement from the teaching profession. John was Head teacher of an urban comprehensive school for 17 years and brings to the Project extensive experience of working with disadvantaged youngsters and their families.  After many years as a Trustee Safeguarding Officer for the Project, he stepped down from that role in June 2020.  He now acts as a Safeguarding Mentor. He has 3 grown up children, a dog, cat and 2 chickens. His interests include sport, politics and fell-walking.